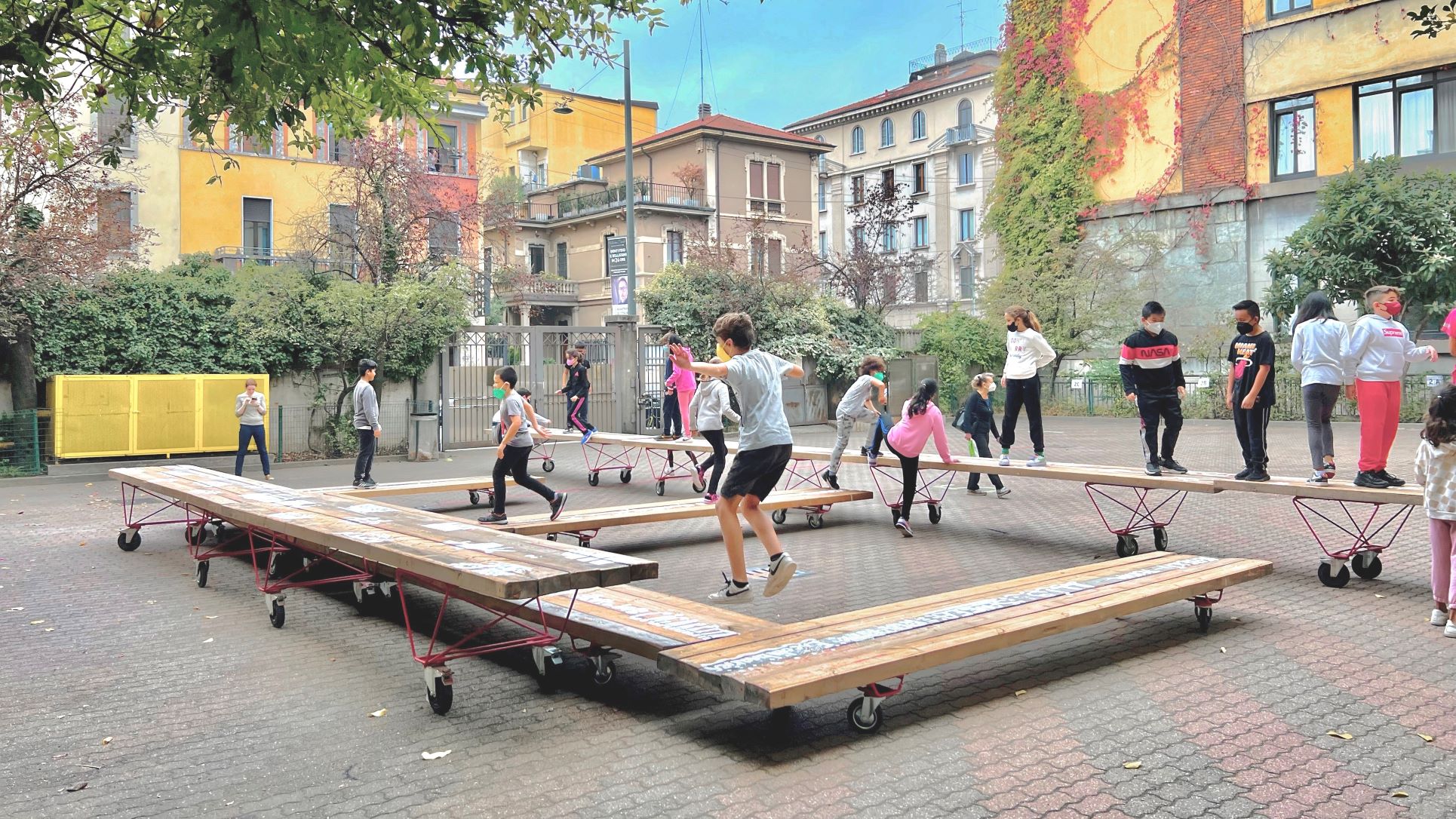 FURNISH-KIDS is a project co-funded by the EIT Urban Mobility project and has put together a unique consortium consisting of CARNET, Universitat Politècnica de Catalunya (UPC), Elisava, the Institute for Advanced Architecture of Catalonia (IAAC), the Municipality of Barcelona and the Municipality of Milan.

Cities today are facing urban complexity and user interaction more than ever before. The lack of open free space, traffic intensity, and air and acoustic pollution are only some of the factors that hinder the appropriation of public space from citizens, especially kids. In this context, some major cities have already started to take some initiatives to re-gain public spaces for people and re-think urban areas to transform them into safer, healthier, and inclusive spaces, including citizens in the design, guaranteeing that the full process is not only user-oriented, but user-created. 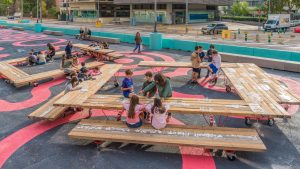 The FURNISH-KIDS project, led by CARNET with the participation of Elisava, the Institute for Advanced Architecture of Catalonia (IAAC), the Universitat Politècnica de Catalunya (UPC), and the municipalities of Barcelona and Milan, is one of the initiatives intended to transform public spaces and make cities more accessible. Specifically addressed to kids, the project proposes the implementation of Urban Mobile Elements as a set-up for social interaction among kids and the appropriation of public space from them.

The design process has been carried on the last months in several co-creation workshops with the participation of a number of 140 children aged 10 to 12 from different schools: Escola Casas (Barcelona), Escola Provençals (Barcelona), and Instituto Comprensivo Q. Di Vona T. Speri (Milan).

Currently, the prototypes are being tested and assessed by CARNET and the Technical University of Catalonia (UPC) and the first results show how the involvement of kids in the co-design process represents an opportunity to strengthen the co-responsibility in the use of urban space and to reinforce the sense of belonging, promoting better spaces and shaping more resilient and conscious citizens in the future.