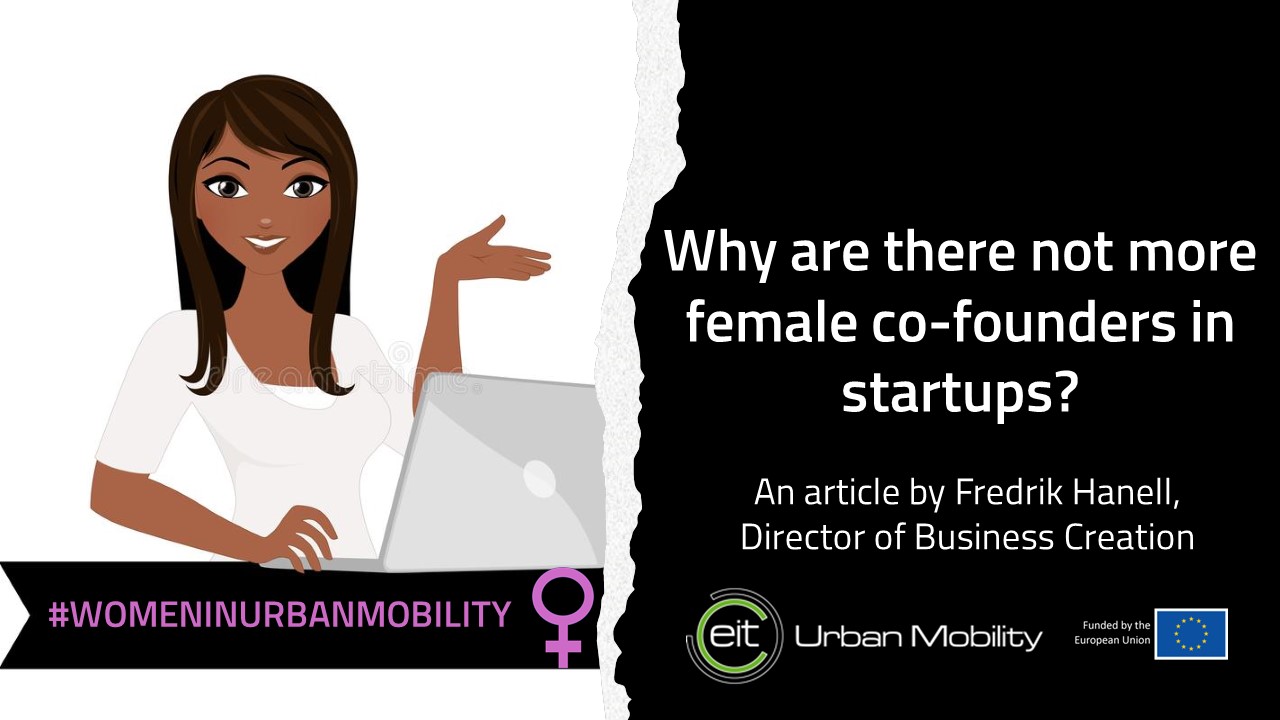 The invested capital in startups keeps increasing steadily. Female-led startups are more successful, show a higher return on invested capital and are built in a more sustainable way. In spite of this, only around 3 % of the total capital invested in venture-backed startups in Europe was secured by women, and all-male founder teams received 90,8% of all capital raised. Whilst each year hundreds of companies go public on NASDAQ in the US, historically only about twenty seem to be founded by women. In the US, four of those occurred in 2020, out of about 442 in total.

So why are there so few startups with female founders?

What founders and investors say

Concerning the root causes, female founders and Venture Captitalists (VCs) respond along similar lines. Gender bias starts early. Schooling from early age skews and differentiates how woman and men are expected to behave and communicate in the classroom. This differentiation is then reinforced for each year and well into professional life, where woman’s performance ends up being valued according to different parameters than their male colleagues. Johanna Braun, member of the EIT Urban Mobility Investment Committee, states “Woman are expected to be both aggressive and reflective, an impossible combination of skills which is one of the hurdles in reaching senior positions in organisations. The same bias negatively influences how female founders are treated while fundraising.”

Women still bear most of the responsibility for family and children in Europe, with Norway being the most equal with 45 minutes per day time difference and Turkey the least equal with over three hours’ time difference spent on household and family care activities. Nancy Adrenberg, co-founder of Allihop explains “The median age of doing a startup is 35 years, an age when many people have small children. The availability and cost of daycare therefore becomes an essential component, e.g., for women in the UK where daycare is expensive, it is difficult for them to do a startup if they can’t afford nursery costs.”

Even though this is slowly changing, many startup ecosystems reinforce an aggressive way of communicating, both in how they select their startup participants, but also in the coaching and training they provide. “Ecosystems won’t believe in you unless you have the perfect background”, states Karin Ebbinghaus, co-founder of Elonroad. In their effort to industrialise startup support, startup ecosystems enforce a one-size-fits-all template which is aligned with a closed investor network and a process well-adjusted to ensure their continued public financing. To respond to concerns about gender bias, a few selected successful female entrepreneurs and investors are constantly displayed. Implicitly these ecosystems discriminate against diversity.

Investors often complain that they lack a sufficient inflow of cases to compensate for the skewed gender profile of their investments. This is most likely caused by investors’ focus on existing channels. This is understandable, since investment decisions are based on building trust, and references in a trusted network weigh in heavily. Also, the “Sand Hill Road”-syndrome plays in, meaning if you have a large deal-flow, you tend to first select the opportunities in your neighborhood. In the late 90’s, prices for office space for startups on Sand Hill Road in Palo Alto exploded because of being closely located to the leading Venture Capital firms increased the probability of receiving funding. With a large deal flow, investors will often first go to the low-hanging fruit within their own network. However, if you would ask a female startup founder, she would easily point to many other interesting startups with female co-founders. This would require extra-effort to start with, but would result in gender-diverse deal flow later on.

Dana Kanze and Marc Conley’s research (I recommend TED talks 2019) shows there is a clear bias on the nature of questions asked by investors to startup founders in connection to their pitches. Female founders tend to be asked questions related to prevention, i.e., questions related to everything that can go wrong with a venture, whilst male founders tend to get asked questions related to promotion, i.e. the venture’s home run potential to maximize investor gains. These result from regulatory focus, a social psychological theory, which distinguishes between two distinct motivational orientations of promotion and prevention. A promotion focus is concerned with gains, and emphasizes hopes, accomplishments, and advancement needs, whilst a prevention focus is concerned with losses, and emphasizes safety, responsibility and security needs.

Anna Brantén, CEO at Ideon Innovation Incubator in Lund, Sweden, managed to change the gender balance dramatically, succeeding in increasing the proportion of female founders in their programme from 5% to 50%. In a Breakit article from February 2021 she notes: “Research within gender balance and structure collides with businesses search for unicorns and profit optimization. Swedish business culture originating from the 80’s still expects woman to roll up their sleeves, learn the male lingo, align with the others, and learn to pitch in the right way. There are a few female role models who did that, what we need now is women who think completely differently.”

Some of the ingredients of her success came from changing the way the incubator communicated. She noted their homepage was communicating with boxing gloves, with unnecessarily complex explanations of entrepreneurship. They switched to including more images of women. They also broadened their networking reach outside their existing social media and newsletters. The net result was an increase of the share of female applications from 10% to 70%.

These are learnings we will adapt to in our own organisation. Our objective is to have an equal gender balance in the startups and scaleups in our programmes and equity portfolio. Much remains to be done to reach that goal. We will actively work on the uptake and deal flow to ensure an increasing proportion of startups founded by women, which means we will expand our network and reach. We already ensure gender balance in our investment committees, but we will not stop there. We will also look at the evaluation criteria and the way questions are being asked to ensure we treat and communicate with all entrepreneurs equally. We consider female founders a significant asset in our investment decisions. We will balance external communication and news relating to our portfolio according to gender balance and will happily contribute to any EU initiatives focused on boosting the number of woman entrepreneurs.

So, if you are a like-minded founder, co-investor, or have another initiative – please connect with us to accelerate our progress on this journey!