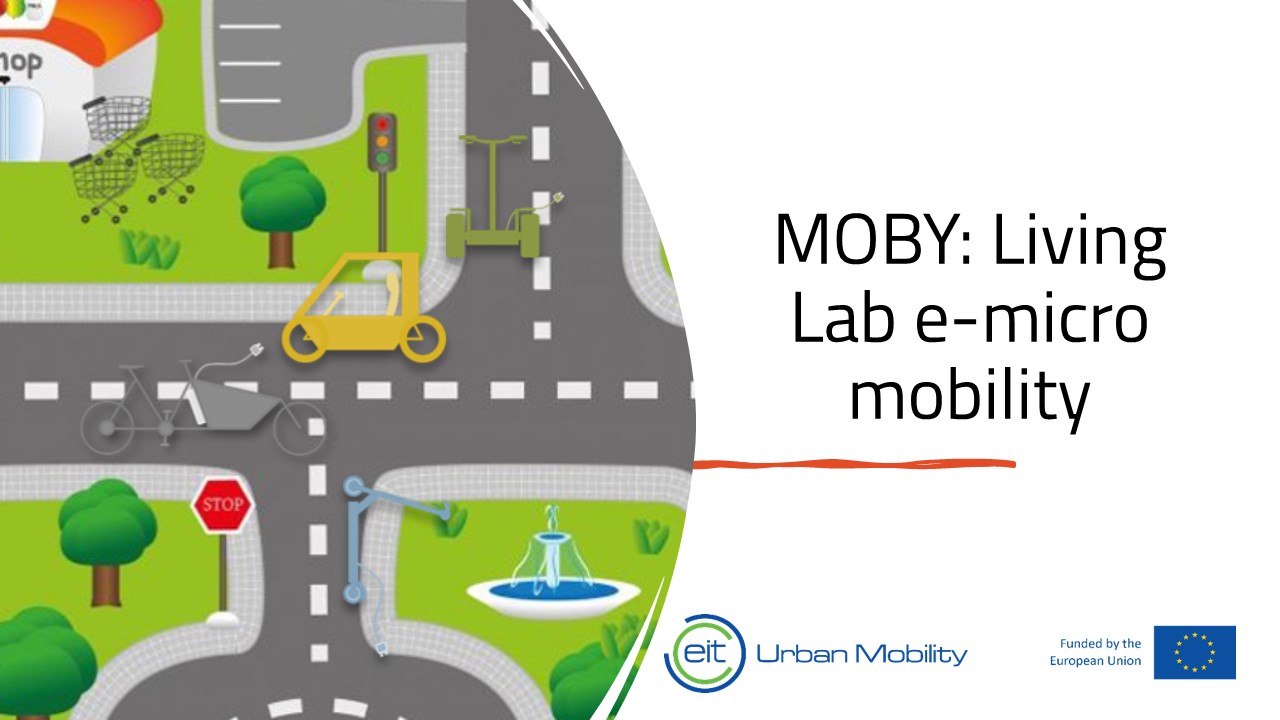 In the MOBY (living lab e-micromobility) project, conditions for e-micromobile usage concerning regulatory, planning, safety, legal- and financial aspects have been analysed. Several outputs and publications were created within the work-packages of the project.

Cities now count on the support of a framework to be used for the assessment of the current situation of e-micromobility in the cities useful for municipalities. Furthermore, an extensive user survey was conducted in the cities of Munich, Copenhagen, Tel-Aviv, Budapest, Barcelona and Stockholm and data were collected for informing about the typical usage forms of e-micromobility, useful for decision makers and urban planners.

Best practices and results of e-micromobile integration potentials haven been intentified and analysed with calculations and visualisations. Proposals on how transport, and particularly public transport, can be strengthened and made more attractive if e-micromobility is integrated into the traffic systems of European cities in an appropriate way have also been put forward.

Specific safety aspects of e-micromobility, inluding an analysis and understanding of main safety problems and priorities have been established based on accident frequencies, severities and suitable measures and techniques / technologies for safety improvement were derived. Finally, a conference was organised by UnternehmerTUM on 12 November 2020 which disseminated results of the MOBY project.

Overview of e-micromobility related conditions and constraints: The specific conditions and solutions in the field of e-micromobility have been mapped. The analysis consisted of two parts, first the regulatory, planning, financial conditions for usage of these new transport modes were assessed, then the mobility related requirements including user needs and travel behaviour were discovered. Read the full report here.

Living lab e-micromobility – MOBY Guideline of best practices, and results of e-micromobility integration potentials: In this report, an in-depth review of research and statistics are used to illustrate how e-micromobility has become an integral part of urban mobility systems. We argue that e-micromobility should be seen as a new mode of transportation, that responds to widespread demand for multimodal urban transport. In combination with other transport modes, e-micromobility could constitute an important part of an attractive alternative to private motoring and fossil-fueled vehicles.

In line with the above, this study provides examples of e-micromobility best practices from European cities (including Tel Aviv), as well as examples of the problems and complaints that e-micromobility has been met with. As a summary of lessons learnt, we present (at the end of the report) a toolkit for regulations, policies etc. that will help release the potential of micromobility as a vital part of sustainable, intermodal urban transport.​ Read the full report here.

Learn more about the project.