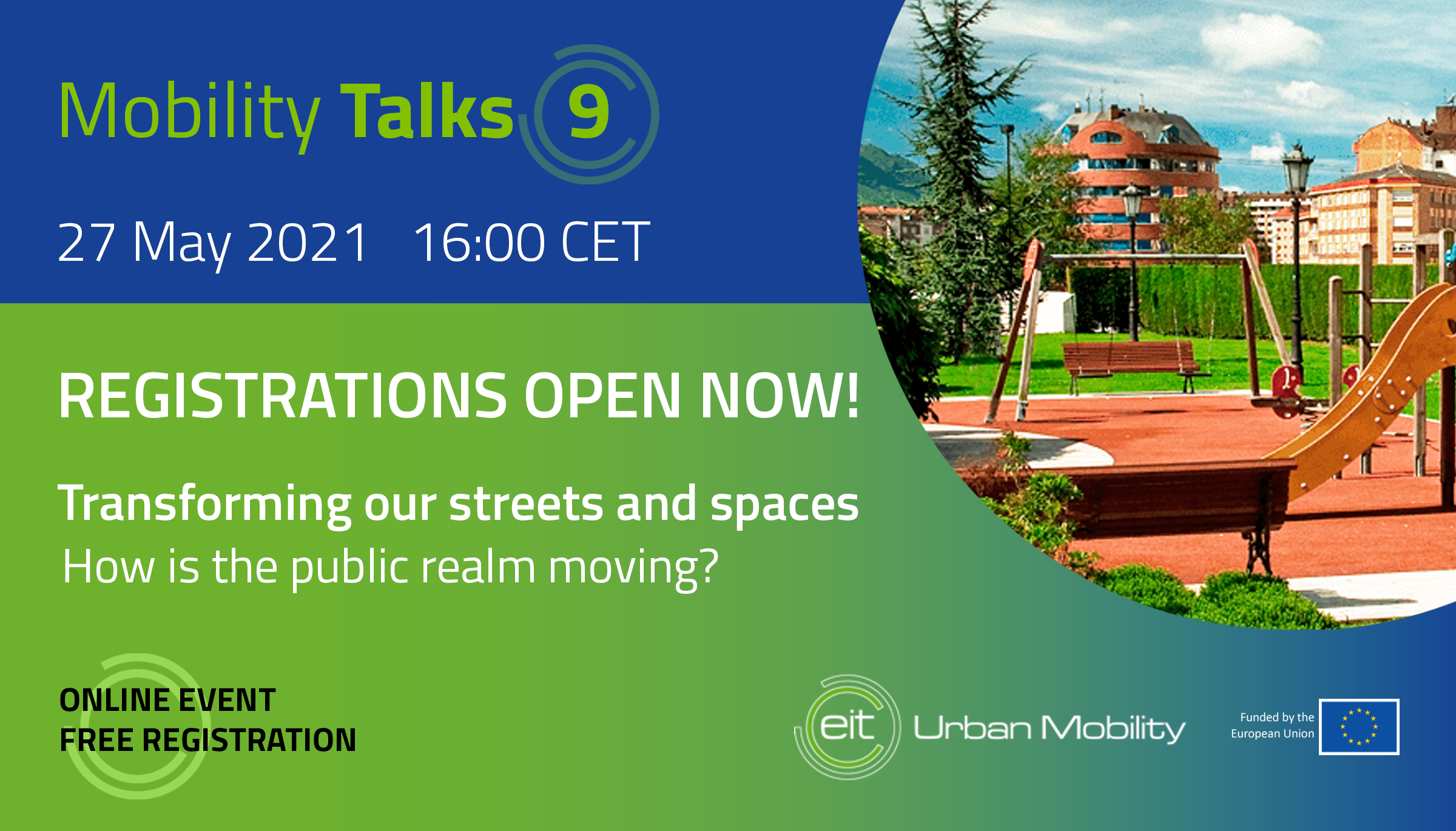 Public realm represents a complex space of social interaction that is generally open and accessible to all citizens, and its quality is seen as key to urban livelihood.

Public realm represents a complex space of social interaction that is generally open and accessible to all citizens, and its quality is seen as key to urban livelihood. The design and distribution of space between the buildings organise the mobility of people and goods around the city, impacting air quality through levels of traffic and congestion.

From this perspective, the recent pandemic, and the tactical urbanism movement it facilitated, helped us get a glimpse of how our reclaimed streets might look like in the future. It also created a momentum for stronger citizen engagement in urban co-creation and inspired new city development concepts, such as the “15-minute city” of Paris and Milan or even a “one minute city” of Stockholm.

Andreas has extensive experience creating efficient urban transport systems, with a consistent focus on transport as a means to creating liveable cities. He has worked at both national and city levels and has acted as transport consultant for cities including Vancouver and Copenhagen. His 7 year position as director of the Bicycle Programme at the City of Copenhagen, has provided Andreas with unique insights into delivering on high profile political agendas, as well as promoting cycling in urban areas via both hard and soft infrastructure.

Luca Bertolini, Professor of Urban Planning at the University of Amsterdam.
His research and teaching focus on the integration of transport and urban planning for humane, sustainable and just cities, concepts and practices to enable transformative urban and mobility change, and ways of enhancing collaboration across different academic disciplines and between academia and society.

She has a PhD in Architectural and Urban Design from Politecnico di Milano and
researches around the evolution of the interaction between information, biopolitics and the built environment. She has collaborated with international magazines like Domus and Abitare, had didactic roles at Politecnico di Milano, and regularly writes and lectures. Since 2011, founding member of SMALL – Soft Metropolitan Architecture & Landscape Lab, an architecture and urban design office and open platform based in Bari and Milan, investigating on the contemporary urban condition through different research forms.Since 2019, she works as Urban Designer at Comune di Milano, managing European Institute of Innovation and Technology (EIT) funded projects related with public space and active mobility.

Rawad Choubassi is currently a Partner and Board member of Systematica, operating mainly from Systematica’s head office in Milan and acting as a Technical Director. He earned his Master degree in Urban Planning and Public Policy Design at the Politecnico di Milano and previously graduated in Architecture at the American University of Beirut in 2002. Choubassi currently steers a team of multi-disciplinary research group for expanding the limits of the science behind mobility engineering on city and building scale.

Michael Salka is a multi-disciplinary creator who in less than 30 years of life has built projects spanning three continents based on his commitment to addressing the unprecedented challenges of a globalized, majority-urban, and climatically unstable world using the equally unprecedented potential of digital technologies. He has led teams of Engineers Without Borders through the implementation of sustainable water infrastructures in rural Africa, contributed to the realization of the USA’s largest net-zero energy master-planned neighborhood, and worked variously throughout Europe

Did you miss our Mobility Talks 9? Watch them now!