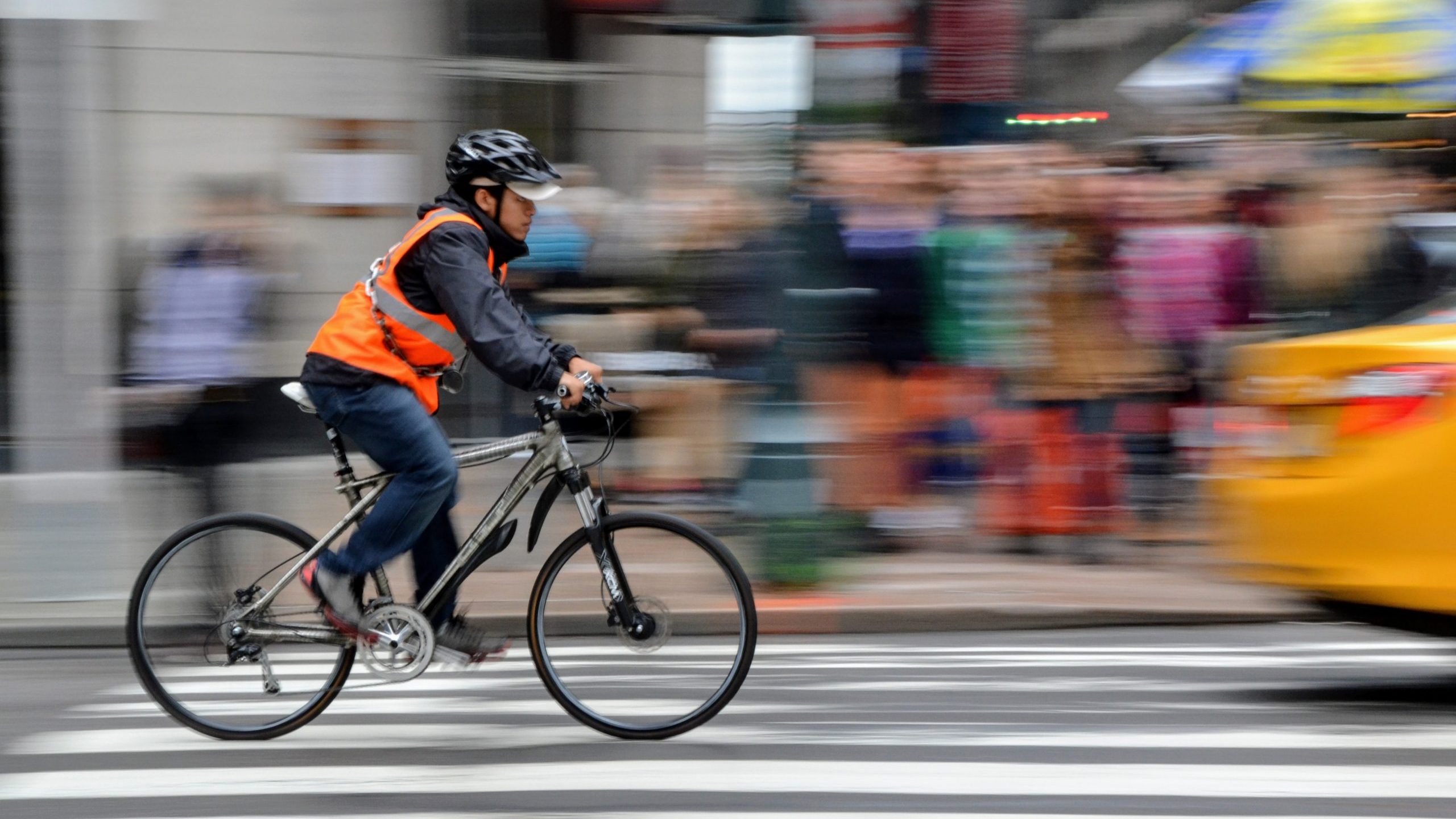 The Dashbike camera helps protect cyclists from cars that may get too close – Photo by: Unsplash

With the onset of the Ukraine war and spiking electricity and petrol prices across Europe, coupled with the ongoing impact of Covid-19, initiatives promoting different transport and mobility alternatives to motorised vehicles are more relevant and necessary than ever.

Cycling is one such option. However, there are still some factors that inhibit greater uptake in some European cities. Feeling safe on the roads is one of them.

According to the European Commission, 40% of road traffic fatalities take place in urban areas. The majority of people that died from road accidents in 2021 were pedestrians (37%) while cyclists comprised 14% of the overall number. This is in stark contrast to statistics recorded in rural areas where the majority of road accident victims (43%) were car drivers and passengers.

As such, German start-up Dashfactory decided to manufacture bicycle cameras for cyclists so they can monitor car movements that could endanger them on the road.

It was an idea they were determined to turn into reality when a friend of theirs was killed while cycling.

Despite the tragic incident, they are committed to the “Copenhagenisation” philosophy. Being car drivers themselves, they take pains to make sure cars and car drivers are not seen as the enemy, but rather promote a mutual respect of each other’s safety and security.

EIT Urban Mobility has been working with Dashfactory since 2020 to help them create their first product Dashbike.

Dashbike is a camera that is activated and begins recording when cars or other vehicles get too close to a cyclist's bicycle that could result in an accident.

The camera is particularly useful in heavy traffic, accident-prone areas such as curves in roads, or highways and roads where there is insufficient space for vehicles to pass cyclists.

“I think what we really learned this year is to partner with as many people as you can"
Lelia König, co-founder of Dashfactory

EIT Urban Mobility supported Dashfactory by investing in them, marketing Dashbike, providing access to funding, and introducing them to other start-ups for peer support, many of whom they’re still in contact with.

But co-founder Lelia König says it’s the network that has been invaluable, particularly opening doors to develop partnerships with European cities outside of Germany.

At the beginning of the year, Dashfactory was selected by EIT Urban Mobility to launch a pilot in Milan, Italy. “So that was for us a really big push. Because to be honest, that is one of our main challenges … you have no chance when you don't have any contact in the city because they will not even talk to you. So that made our life much easier,” explained König.

That’s not the only new initiative they’ll be embarking on, with another pilot to be implemented over 2022-2023 in Madrid, Spain.

It hasn't been a smooth road however. The pandemic and subsequent challenges such as supply chain shortages, pushed a lot of start-ups to the limit and made them assess their appetite for risk. Dashfactory was no exception.

König has been on a rollercoaster ride in the past couple of years but wouldn’t change a thing.

“One day you really think you will conquer the world and the next day, you think okay, I could go bankrupt tomorrow,” said König with a laugh.

The Dashbike camera has proven to be more successful than they originally imagined, with demand exceeding supply. Dashfactory also created a data platform that helps cities to collect and analyse traffic and cyclists movements to help plan road safety interventions.

Learn how Dashbike works to help cyclists and car drivers be safer on roads, and cities to understand movements of cyclists for planning purposes – Video by: EIT Urban Mobility

While the past year or two has been tough for Dashfactory, the start-up has dealt with challenges head on.

The pandemic meant a massive shortage of components as manufacturing of parts completely stopped, and the logistics of getting them delivered proved almost impossible.

“We need around 300 components for every Dashbike [and] sometimes we were missing 100 pieces. So this was a really tough time but at the beginning of this year, we decided to partner with a bigger company that just develop dashcams and now we are ordering [parts] with them and they are helping us a lot,” said König.

Dashfactory realised that even companies like Volkswagen experienced exactly the same issues, exacerbated by the supplies it needs from Ukraine which is now affected by the conflict with Russia, and still struggles to keep up with production deadlines.

The takeaway for König? Partnering is essential to survival and growth.

“I think what we really learned this year is to partner with as many people as you can, because everyone tells you that network is the key and I think we knew this before but with Covid-19 we realised our network wasn't enough.”

Additionally, König is also proud of how her team has evolved and matured, including her own development as a manager.

Diversity in her team is one area she's pleased to have prioritised. Staff represent eight different countries and the experience and expertise of her senior staff has been vital, although she admits that she previously underestimated how much they could learn from older colleagues.

Greater diversity is something that the innovation sector is starting to be more aware of. There is a still a noticeable lack of non-white and female perspectives and involvement in innovation in general, whether they be investors or founders, and in senior management and technical roles.

According to the State of European Tech report by Atomico in 2021, this is reflected in investment trends, with a meagre 1.7% of capital invested in female-led start-ups in 2020. 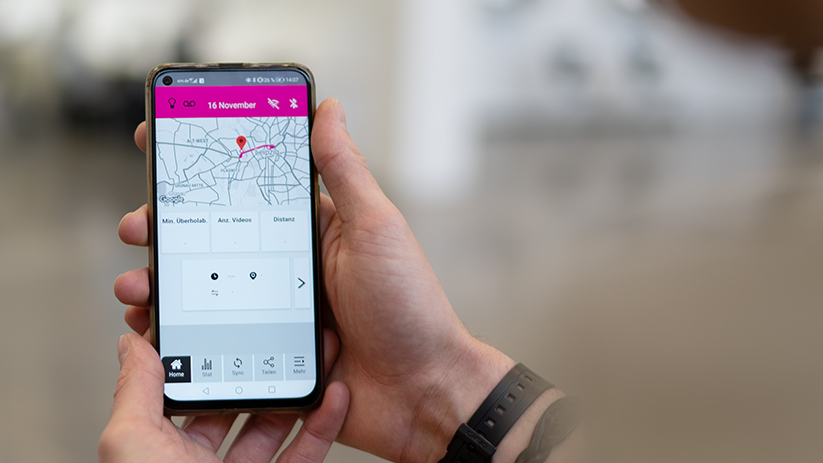 The EU is aware of the need to make concerted efforts to include more females in leadership roles in innovation.

They launched the WomenTechEU initiative in 2021 and according to Bloomberg, will also create a gender and diversity index to monitor the number of women and traditionally underrepresented groups in start-ups, who are also receiving investment.

Special attention to female founders is also given by the programme Supernovas and the recent initiative to create a list of 99 female founders in urban mobility with the goal to increase their funding opportunities.

König has seen many more female founders in tech in her native Germany and can see why they might be attracted to the start-up, self-employed world, saying the flexibility it offers far outweighs the advantages than the stability a corporation could offer.

For now, Dashfactory is focusing on making roads more comfortable and safer for cyclists, and trying to capitalise on the uptake in cycling during the pandemic. Deutsche Welle reports that the past two years have shown record-breaking bike sales in Germany. Berlin is even funding seven professorships in bicycle traffic which aims to boost research into mobility infrastructure and policies regarding cycling.

As for what’s ahead, apart from the two pilots in Milan and Madrid, Dashfactory prefer to keep options open and not plan too much, a legacy of Covid-19 times. Whatever happens, König says she feels Dashfactory is much better prepared to handle future challenges after learning from past experiences where they took the initiative to solve problems, and is confident the start-up can navigate any future bumps in the road.